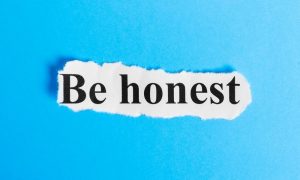 Jill and her husband had attended a friend’s party, and Jill came home upset. Her husband’s friendliness—and what looked like flirtation—with another woman kept her awake all night, feeling hurt, angry, and threatened. She knew her husband loved her; she wasn’t worried that he would cheat. Still, the whole thing made her feel bad. She tried […]

You Can’t Change Someone Else But You Can Do This

So many things bother us—people, mostly. But pretty much everything has the power to upset our basic sense of well-being. Our tendency, when things bother us, is to blame the other person or situation for getting it wrong and thus causing our suffering. Once we have identified what we consider the cause of our disturbance, we usually set […]

This is the third blog in a series on blame. I wrote the first two blogs to help those who feel consistently blamed, while this installment is for those who do the blaming. It was not my original intention to write a piece for blamers, but I was inundated with (and inspired by) emails from readers who self-identified as […]

Are You A Blamer? How to Break the Blaming Habit.

This is the third blog in a series on the topic of blame.  The first two blogs were written to help those who feel consistently blamed while this installment in for those who do the blaming.  It was not my original intention to write a piece for blamers, but I was inundated with (and inspired […]

What to Do About the People Who Blame You for Everything

My recent post: “When You’re In Relationship With A Blamer,” inspired overwhelming feedback, both from people who feel they receive blame and those who think they’re blamers. (Encouragingly, many blamers expressed the desire to change their blaming habits.) The questions I raised included: How do we proceed when someone that matters to us assigns us negative intentions that […]

When You’re In Relationship With a Blamer

There is no better time for growing than the holiday season. And not just growing in the belly, but in the heart and mind as well. Family interactions, particularly those that go on over a period of consecutive days, offer profound opportunities for self-awareness, learning, and evolution. Our greatest challenges are our greatest teachers, and they often […]

Who’s In Charge, Computers or Humans?

Something remarkable happened yesterday, not remarkable good but remarkable crazy.  I was riding in one of the new group taxis that have taken over New York City, and we were traveling from midtown West to midtown East.  I was the next to be dropped off and there were umpteen routes that we could take to […]

What We Want Most From Relationships (But Rarely Get)

Most couples come to see me to learn better communication skills—or at least that’s what they say in the first session. What gets described as communication problems, however, are in fact usually listening problems. The truth is, we’re not very good listeners; we don’t know (and are not taught) how to listen to each other, at least not in […]

How to Stop Judging Our Own Desires

So many of us judge the worthiness of our activities based on the nature of the activity itself rather than the intention/opportunity for growth behind it.  We decide that we want to study jewelry making, folk guitar, pottery, balloon-twisting, baking, or anything else.  Soon after, we ask “What’s the purpose of doing that?” “Aren’t I […]